A large number of doctors write medicine prescriptions in haste, making it nearly impossible for their patients to understand what they scribbled. This problem has been around for decades and many tech firms have attempted to solve it with little to no success.
Now Google is having a go at translating those unfathomable texts. The search giant announced at its annual conference in India Monday that it is working with pharmacists to explore ways to decipher the handwriting of doctors.
The feature, currently a research prototype and not ready for the public yet, allows users to either take a picture of the prescription or upload one from the photo library. Once the image is processed, the app detects and highlights the medicines mentioned in the note, a Google executive demonstrated.
“This will act as an assistive technology for digitizing handwritten medical documents by augmenting the humans in the loop such as pharmacists, however no decision will be made solely based on the output provided by this technology,” the company said in a statement. 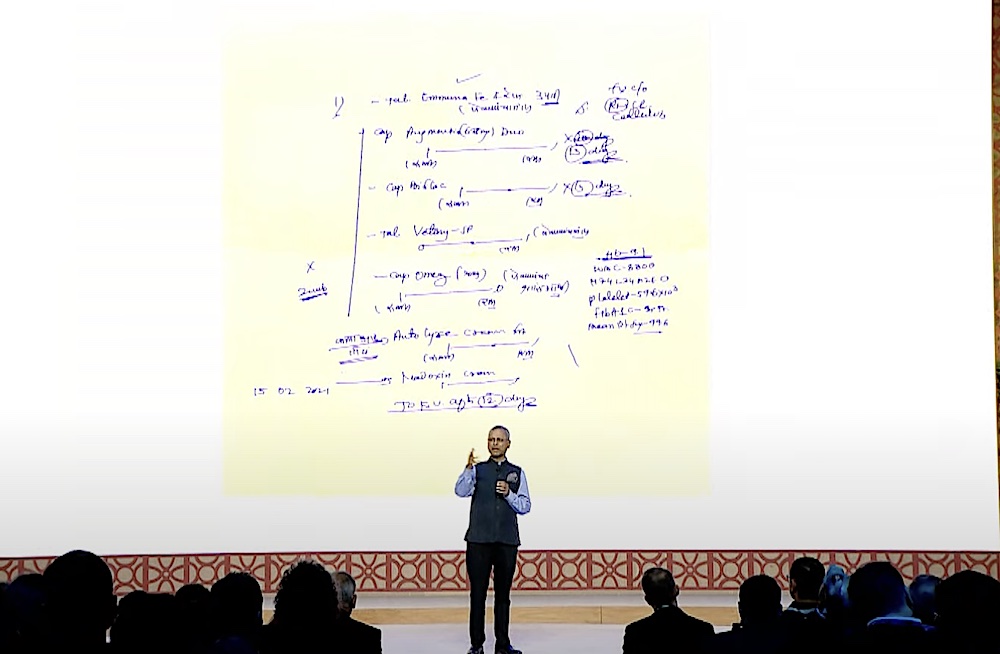 A Google executive in India details company’s new AI features. Image Credits: Google
Google for India is the company’s annual event in the South Asian market, where it showcases dozens of new developments. The company also said it is working on a single, unified model to cover more than 100 Indian languages for both speech and text to empower the internet journey of the next millions of individuals in the South Asian market.
India is a key market for Google, which has amassed over half a billion users in the country. But it’s also been one of the toughest years for Google in the South Asian market, where it has been slapped twice by India’s antitrust regulator in recent months.
The story was updated to note that the feature is in research prototype and the company hasn’t committed to launching it yet.